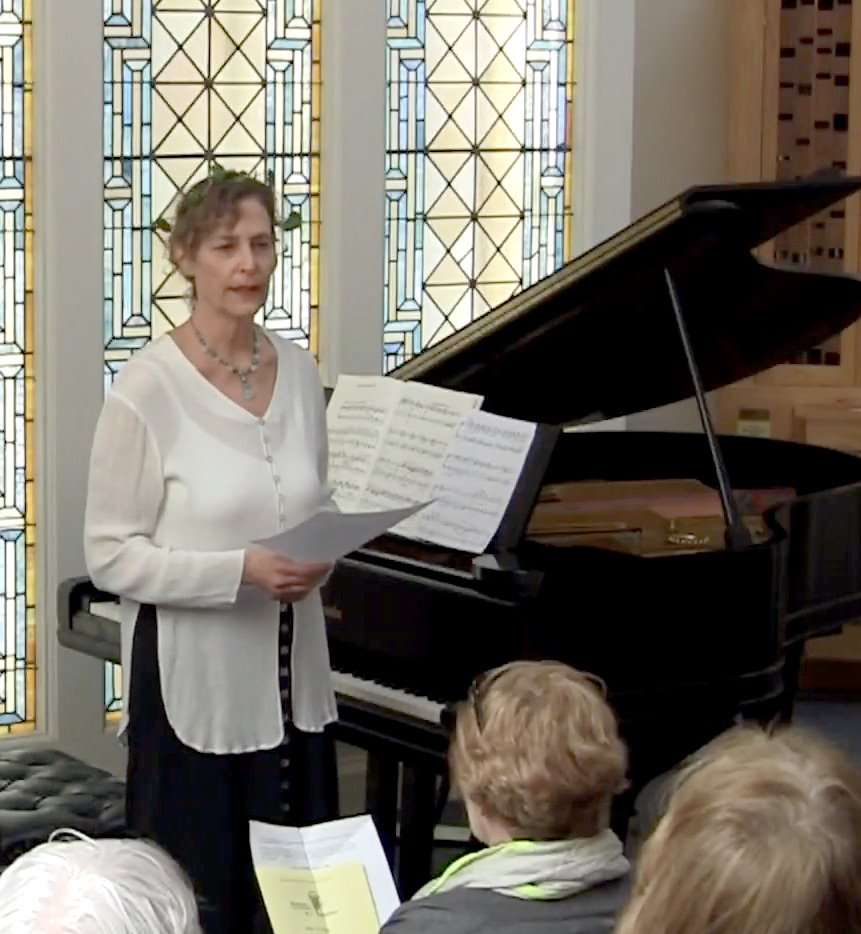 Mary holds a B.A. from Indiana University where she studied piano with Zadel Skolovsky and Hans Boepple. In Princeton Mary has studied with Ena Bronstein Barton and Phyllis Lehrer.

Mary is also an actress and writer and has made her New York City acting debut at the American Theater of Actors in a showcase of one-act plays. Mary has appeared in many acting roles in New Jersey regional theaters. She received her acting training at Carnegie Mellon University, McCarter Theatre, and HB Studio in New York City.

Mary is the author of a stage play, “Deer In Headlights” a contemporary work that explores musical themes, and a screenplay “Trio” a biographical musical history involving three great nineteenth century composers. Mary has written and performed a series of one-woman shows titled ‘Play In Concert’ in which she portrays composers and performs their music on the piano. In these programs Mary has portrayed Clara Schumann, Fanny Mendelssohn, George Sand, and other historical figures in the world of music and has performed the piano compositions of Frederick Chopin, Johannes Brahms, Robert Schumann, Clara Schumann, Felix Mendelssohn, Fanny Mendelssohn, Franz Schubert, and Claude Debussy. In honor of the 400th anniversary of Shakespeare’s death, Mary created a program in which she portrayed a selection of characters from Shakespeare’s plays and performed piano music inspired by the plays.